As it turns out, Ghostly Haunts is the repository of no less than four Spanish horror stories which appeared in Gredown comics in different translations. 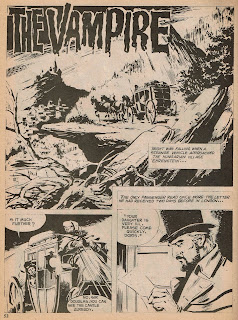 This was recycled by Gredown a few years later in Eyes of Night: 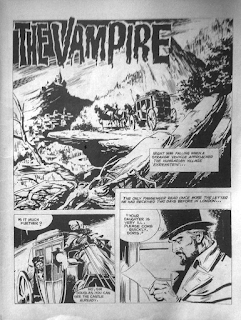 This story was published with a different translation by Murray Comics in Ghostly Haunts: 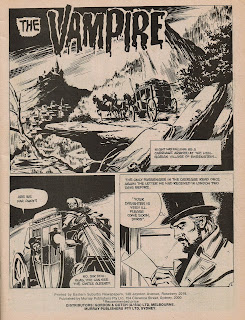 As per Double Murder in the Rue Morgue in Ghostly Haunts, there is no editorial credit, but again this appears to be from a Spanish source - note the double exclamation marks attending BAWM in the fourth panel of the final page: 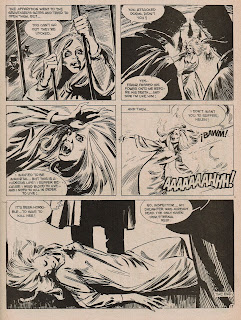 The first exclamation mark is deleted in Planet of Vampires #2: 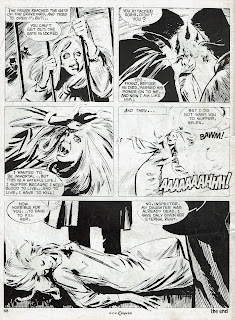 Presumably this is also the case in the Eyes of Night printing but I don't have a copy to hand. 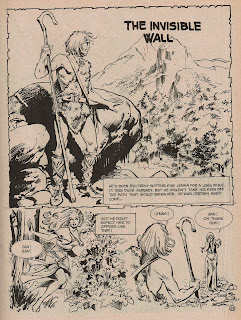 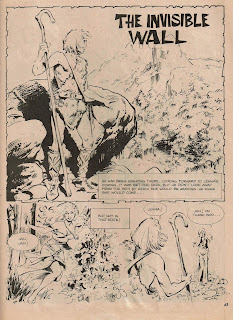 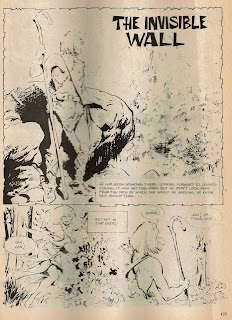 This version of the story maintained the double exclamation marks on the final page: 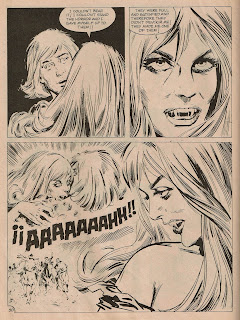 The 'extra' exclamation marks were excised in the Ghostly Haunts version: 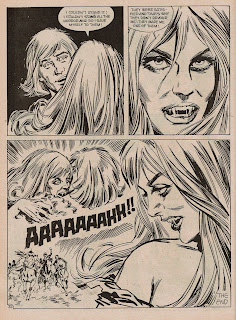 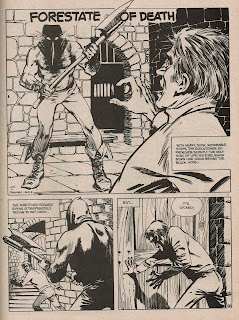 Yeah, forestate doesn't appear in my dictionary either, but Death in Advance satisfies my inner grammarian: 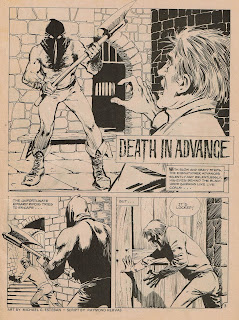 Death in Advance was published by Gredown in Weird Tales of the Macabre #1, and also recycled in Terror Tales Album: 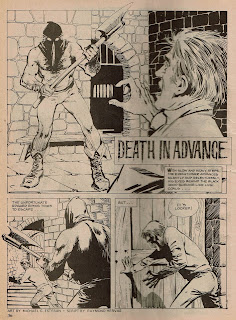 The Gredown versions include the credits Art by Michael G. Esteban and Script by Raymond Hervas. The Ghostly Haunts version does not have these credits but does include the note Copyright: I.M.D.E.

This appears to have been originally published as Anticipo de Muerte in Dossier Negro #24.

Given four Spanish stories appear in Ghostly Haunts with alternate translations to the Gredown issues, it would appear they were sourced from a different agency. This may be I.M.D.E.

Of course, it could be the same agency providing new translations, but either way, I think it is unlikely they were exclusively commissioned by Murray - I expect they were targeted to a larger English-speaking market and also made their way to Australia. Identifying the original Spanish sources of these stories has been a longstanding goal, but I'm now also keen to identify international printings of both translations. And could there be a third...?

There may be more Australian printings of these stories.

I.M.D.E. was the Spanish publisher Ibero Mundial de Ediciones. They published Dossier Negro, and other horror and romance comics.