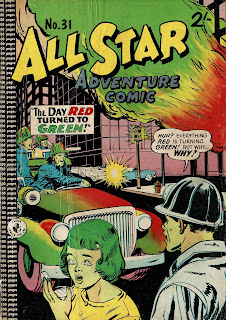 The cover originally appeared on DC's Tales of the Unexpected #85: 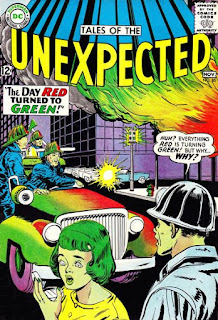 Apart from the cover story and the single page feature Our Strange Universe, this issue is comprised of stories from the 1950's originally appearing in The Phantom Stranger or Gang Busters.

Most if not all of these stories were recycled by K.G. Murray. In some cases this was due to the stories being reprinted by DC.