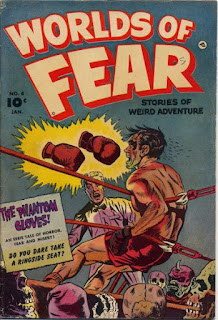 Worlds of Fear #8 is a classic pre-Code Fawcett horror comic from 1953.

The three stories in this issue were published in disparate issues by K.G. Murray in the 1970's, often more than once. 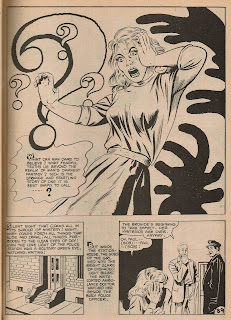 The series title, credits and indicia are missing from the original printing: 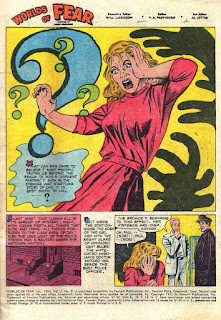 The Phantom Gloves was reprinted three times by Murray - in Planet Series 2 No.4 Unusual Tales, Super Giant #16 and Planet Series 3 No. 3 Weirdworld:: 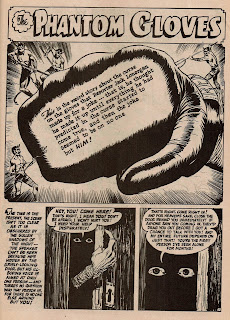 This has been reprinted intact each time, allowing for discreet pagination. Here's a scan of the original splash page: 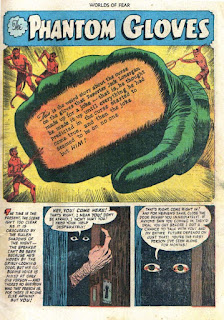 The Curse of Manu was reprinted twice - in Doomsday #13 and Planet Series 3 No. 7 Monster Hunters: 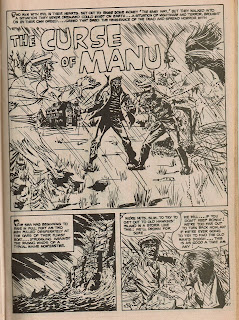 This is also reprinted intact: 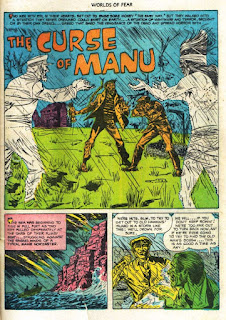 At least this time the ghostly figures are manifest, unlike Pillar of Stone.

Considering the number of times The Phantom Gloves was reprinted it's a shame Murray never managed to reprint the front cover.
Posted by spiros xenos at 7:08 AM