This is the cover to Murray Comics' Creepy Things: 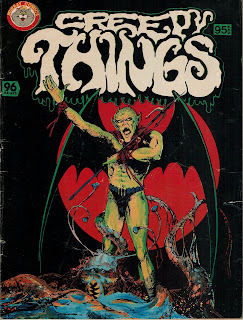 The cover is recoloured from the original cover on Charlton Comics' Ghost Manor #21: 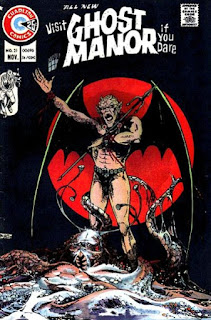 Many of these stories were recycled by Charlton. It may be that the printings in this issue are more closely related to subsequent printings and not the original appearances as per my attributions above.

One story which is not as per the original publication is Séance of Terror!. Here's the splash page in Creepy Things: 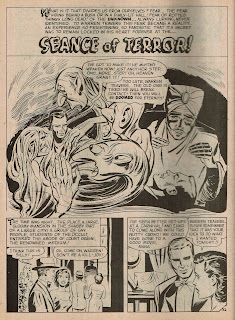 And here's the splash page as it appeared a few years earlier in Doomsday #9: 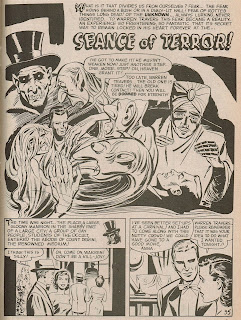 The host, Doctor Death, has been excised from the original story - not only on the splash page, but in the individual panels throughout the story. This results in some necessary art extension, as you can see in the second panel. Presumably this is another case of censorship by the Murray editorial, probably because this was aimed at a younger audience than the Doomsday series.

Many of these stories also appeared in other Australian reprint comics by Murray and Gredown.

The title and masthead for this issue hails from the Charlton Comics Creepy Things series. Other Murray one-shot magazines were related to previous Murray series or Planet Series editions eg. Ghostly Haunts and Shadows From Beyond, however there was no other Creepy Things issues or series by Murray.
Posted by spiros xenos at 6:06 PM