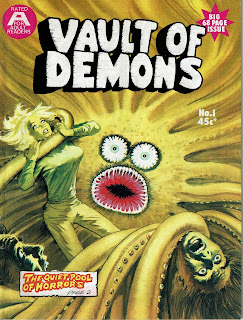 The cover, possibly by Phil Belbin, is based on the final panel in the story The Quiet Pool, originally published in Charlton's Ghost Manor #27: 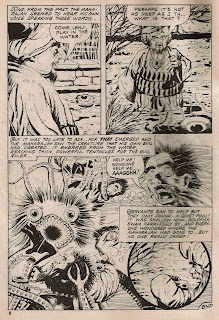 The bottom right hand portion of the cover was recycled by Gredown a few years later for cover duty on Terror Under The Sea: 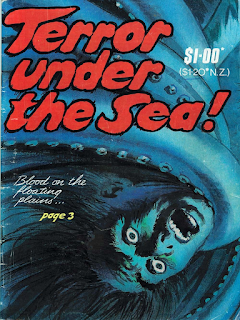 This story was recycled by Charlton a few years later and used the panel image on the cover of Ghost Manor #58: 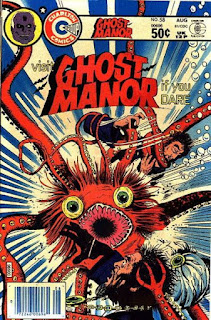 Note that most of the original printings of these stories are cover-dated late-1975 and early-1976, which suggests Vault of Demons #1 was published late 1976.

Some of these stories were recycled by Gredown in their $1.00 cover price issues.

You can find scans of most of the splash pages on AusReprints.

Kudos to Marcus Brazil for spotting the connection to Ghost Manor #58, and thanks to Mark Cannon for providing scans of some Charlton Comics.

Thanks for the shout out. I really enjoy reading (and occasionally borrowing material from) your blog. Great work!