Our Love Story #1: The Yaffa edition


This is the cover to Page Publications' Our Love Story #1: 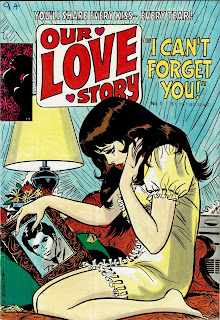 It originally appeared on the cover of Marvel Comics' Our Love Story #2: 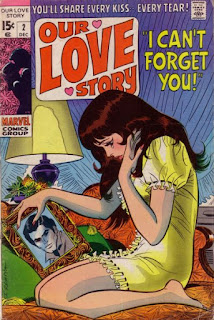 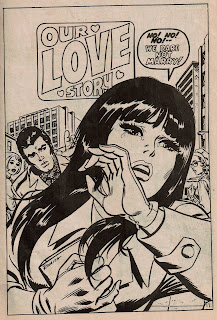 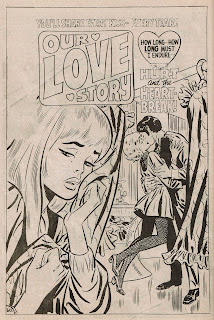 Yaffa's Our Love Story #1 is effectively a trade paperback collection of the first three issues of the Marvel series.

I have not seen any other issues in this series. As this is #1, presumably there were more issues expected, and it is also possible a previous edition of this issue was published, but again, not that I've seen.

Nor have I seen many copies of this issue in collector's circles. If you spot a copy it's worth picking up for the Romita, Buscema and Colan goodness in black and white.

Many - possibly all - of these stories were previously published in Australia in various K.G. Murray comics.

I believe this issue was published c.June 1982.