The cover to Gredown's Fear Zone was painted by Manuel Brea Rodriguez: 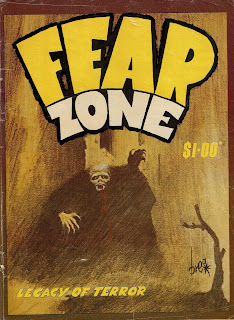 It previously appeared on the cover of Vilmar's Panico #10, 1972 series: 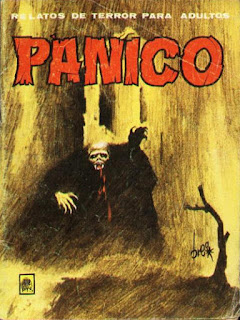 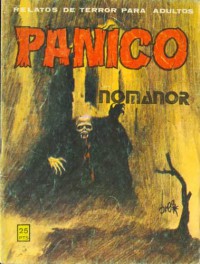 There are four unidentified stories: 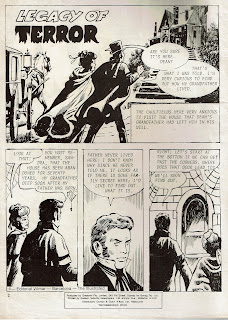 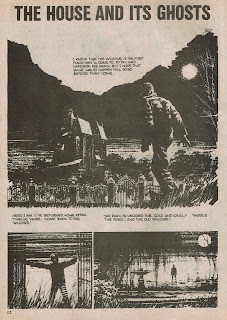 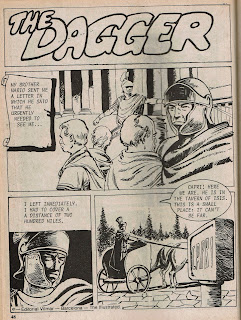 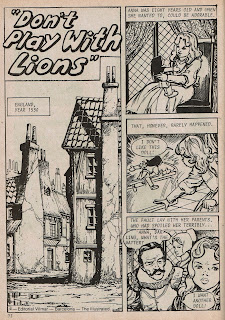 Three of these carry the Editorial Vilmar-Barcelona-The Illustrated copyright attribution.

Many of the stories in this issue also appeared in other Australian titles published by Gredown and K.G. Murray. Indeed a couple of the pages of A Tomb of Ice include revealing notation traces of the previous printing: 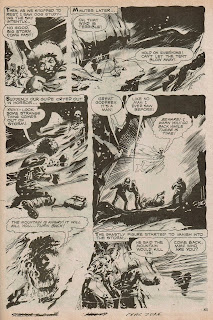 The writing has been crossed out but you can still make out the title partial title Strange, and Page 17 before the Fear Zone note. This page was previously published in Strange Experience #10 page 17: 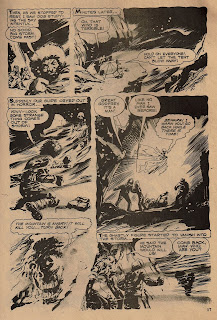 The Thing is also printed in Strange Encounters #10.