As Wikipedia advises, "Midnight Tales was an American horror-suspense anthology comic book series created by Wayne Howard and published by Charlton Comics from 1972 to 1976. The book was "hosted" by Professor Coffin (a.k.a. the Midnight Philosopher) and his niece Arachne (the book followed a standard formula where each issue's first story was a framing sequence divided up among the other stories)."

After the Charlton series expired Murray Publishers put out their own Midnight Tales series. Here's a cover gallery of their six issue run: 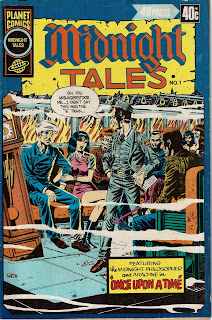 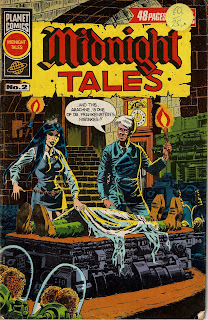 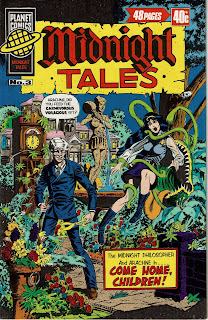 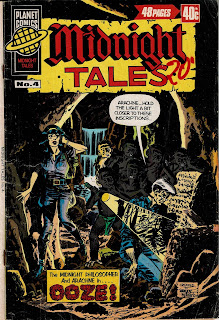 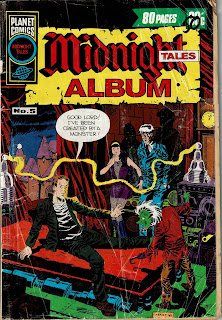 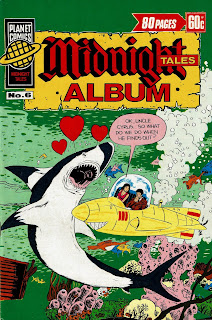 The dates are my guesstimates based on available information including data available on AusReprints.

These issues follow the format of the Charlton series in which framing sequences introduce the short 6-page stories. The issues contain complete Charlton issues, supplemented by material related to other Charlton series such as Unusual Tales or Creepy Things interspersed amongst the Midnight Tales stories.

Midnight Tales features including The Midnight Philosopher were published in other Murray comics such as Doomsday and Ghostly Tales Album. Instalments were also published by Gredown in titles such as Crypt of Creatures and Fear Zone.