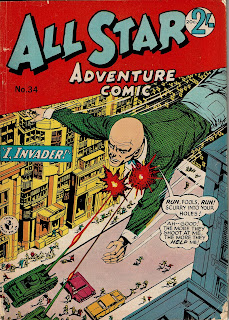 The cover is from DC's Strange Adventures #175: 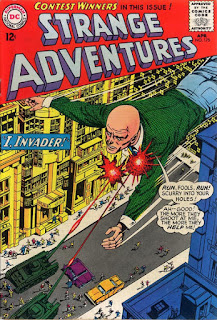 Most, if not all of these stories were published by K.G. Murray in other comics, either before this issue or afterwards. For example, I Lived in Two Worlds was previously published in All Favourites Comic #29, and The Square Earth was subsequently published in World's Finest Comic Monthly #58.
Posted by spiros xenos at 8:10 AM