Here's a cover gallery of my complete collection of Page Publications' Vault of Evil series: 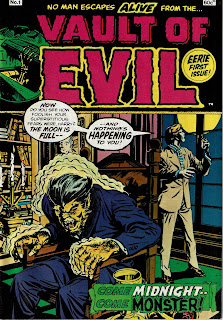 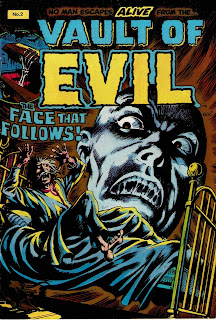 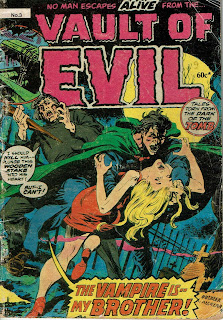 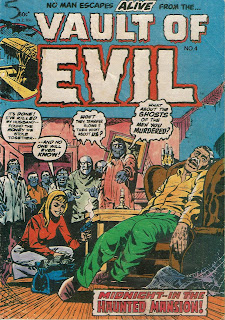 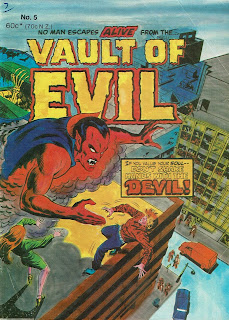 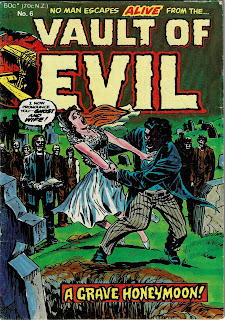 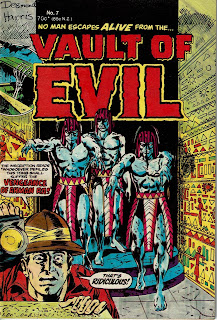 The first two issues are regular sized issues and the rest are digest-sized, #7 being a 'tall' digest edition.

The dates are based on the indicia, and newsagency markings if available. There are newsagency markings on the 1980 issues, but they're not in an orderly sequence therefore I'm refraining from ascribing months to these until more data comes to hand.

The original Vault of Evil series ran for 23 issues. As there are three Marvel issues per Yaffa edition I expect there is a #8 'tall' digest issue to be unearthed, but I have yet to see one.

Many of these issues were recycled by Yaffa. For example, #2 was reissued as Terrifying Tales; #3 as Tomb of Darkness; and #4 as an unnumbered issue of Vault of Evil.

I have not seen #1 reissued but it stands to reason it exists - indeed, if it's not recycled as a retitled edition, it might be #9 in the ongoing series. TBA.

On a personal note, I find it rather ironic to be speculating re: missing issues... If you follow some of the links above you'll find posts from 10 years ago when issues such as these - especially retitled editions - perplexed the beejeezus out of me.
Posted by spiros xenos at 3:58 PM