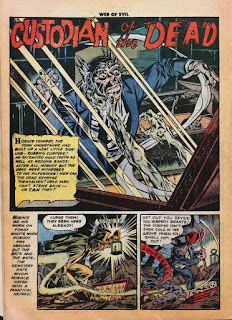 Custodian of the Dead is a justifiably famous pre-Code horror story, originally published in Quality Comics' Web of Evil #1, cover-dated November 1952. The art is by Jack Cole, and it has been reprinted a number of times. I have three copies of this story in: Chilling Archives of Horror Comics! #4: Jack Cole's Deadly Horror; Four Color Fear: Forgotten Horror Comics of the 1950's; and a black and white printing in Terrology: Tales Too Terrible To Tell #7.

However, there is another pre-Code comic also titled Custodian of the Dead, widely attributed to Sheldon Moldoff, which originally appeared some months earlier in Fawcett's Beware: Terror Tales #1: 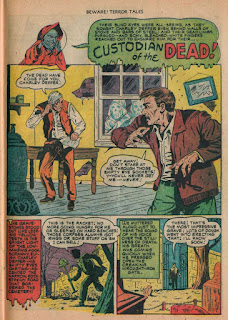 This one is not widely anthologised as per the Cole story, however it has been reprinted in Australia in K.G. Murray's Doomsday #19: 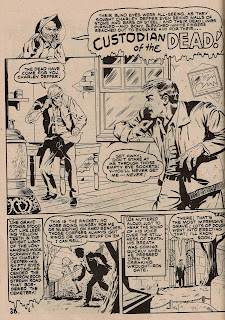 As I understand it, when Charlton took over Fawcett's line of horror comics, they changed the titles to some of the stories. Two of the stories from Beware: Terror Tales #1 were retitled, and one of them was Custodian of the Dead which was altered to Caretaker of the Dead in This Magazine Is Haunted #18, July 1954: 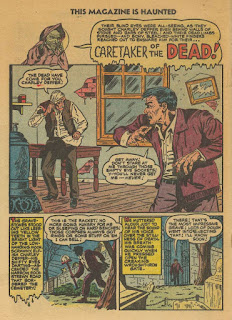 This version of the story was published in Australia by Gredown in This Comic Is Haunted #4: 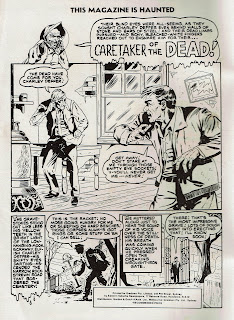 It was also published in Choke! Classic & Obscure Horror Comics #1: 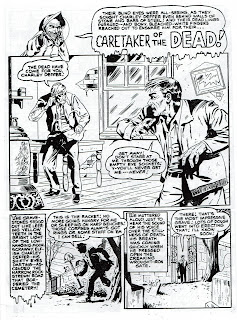 Choke! is a little-known two issue series published by local comics alumni and friend Dillon Naylor. From memory, when Dillon gave me copies of these two issues he said they were cobbled together from various Australian horror comics, and he specifically mentioned This Comic Is Haunted #4 as one of his favourites. Indeed three of the stories in Choke #1 are in that issue. Note however that the page from Choke! does not have the Gredown indicia.

Dillon also notes in his introduction that there was an almost word for word remake of the story titled Ghouls Graveyard, and reproduces the splash page, which I expect he sourced from Gredown's Grave Ghost's Tales #4: 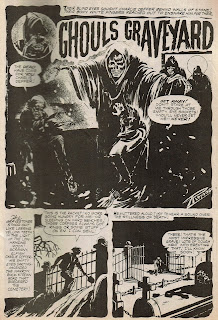 Ghouls Graveyard was originally published in Eerie Publications' Tales From The Tomb V2 #2 and reprinted in Eerie V5 #4.

There are probably more reprints of these stories in Australian editions, but I have not seen a local printing of the Cole comic.